I’m a little behind with updates

….but a lot has happened over the last few weeks. For example, I’ve had the pleasure of spending two weeks with the lovely Pulsar Trio + Arno recording their fantastic new album at Künstlerkommunität Schloss Röhrsdorf. They make a really awesome mix of jazz, world, trip-hop, dnb + classical music combined with signs of madness on piano, sitar and drums. Can’t wait for that to come out…proper vinyl release as well, really exciting stuff!!
From there I went back to London and pretty much straight to the beautiful Shaken Oak Studios near Oxford (the studio is on a farm…horses, cats and fresh air!!) to mix and finalise the James Broughton Music debut album. This one is very special to James and myself as we’ve started with tons of great song skeletons, almost four years ago, and I was allowed to turn them into fully grown children that now not only walk but can’t wait to run out into the world (yes, having that kind of Sunday). More to be shared soon.
Somewhere in between I’ve managed to mix + edit a few more videos of the CHAOS THEORY gig recordings I’ve done in October (e.g. with Ham Legion, The Fierce & The Dead and soon to be released Thumpermonkey) and have a few more in the making.

On Thursday I’ve had a little break from Oxford and went to the fantastic Offtape Studios in Borehamwood and mixed one of the songs for the upcoming second Astral Cloud Ashes album which was a lot of fun. We also re-amped drums through my new ribbon mics…sounded great. Check out his page, give him a like, there are quite a few pics from the session also. On Friday I’ve recorded the last Chaos Theory gig of the year and should have these videos ready in a couple of weeks as well. Now back in Oxford for the final tweaks. More of that once it’s done. Exciting!

Last week I got little sleep 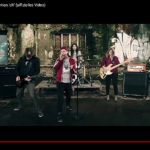 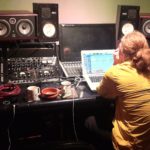 Almost done for this year!