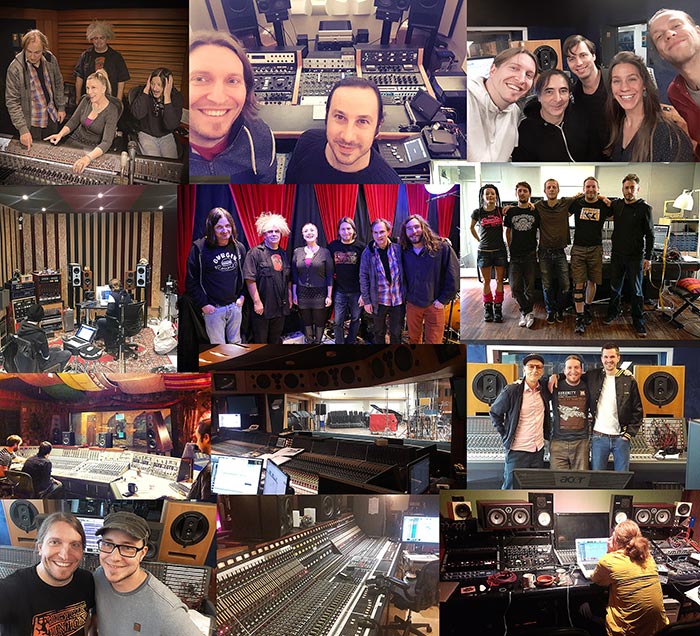 Last year may have been tricky on a personal level due to my knee surgery but I’m surprised how many great things happened on the musical side nonetheless. Here are a few of the memories put into one big 2017 pic, including my trip to L.A. at the beginning of the year, recording (the) Melvins for producer Sylvia Massy‘s Mix With The Masters masterclass at Village Studios. I also got to meet my friend Maor Appelbaum Mastering at his studio and was shown around NRG Recording Studios. Good times! Also a pic of a session for School of Rock-a-bye Babies at Church Studios here in London, as well as winter mixing James Broughton Music at Shaken Oak Studios in Oxford and, later on, at Künstlerkommunität Schloss Röhrsdorf. There, I’ve also had lots of other great sessions e.g. for the energetic Rosemont – Band, recording + mixing the awesome Leaf Kickers album, recording the beautiful Herr B. piano as well as helping record the fabulous Pulsar Trio album. There was a great day of recording drums and mixing a super driving song for Astral Cloud Ashes at Offtape Studios and, of course, I can’t leave out the LizZard album recordings in France. Last but not least, I’m proud of the dozens of gig recordings + videos over the year (40-50 for CHAOS THEORY alone). Great year actually.

I’ve made a playlist with a selection of 20 videos that came out in 2017, from studio to concert, and think it may have had the biggest variety so far (which I really enjoyed):

Still a few things that didn’t come out yet that I might add later but for now many thanks to all artists + producers who trusted me with their musical babies, and especially to Sylvia & Arno for helping me throughout the year. 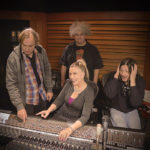